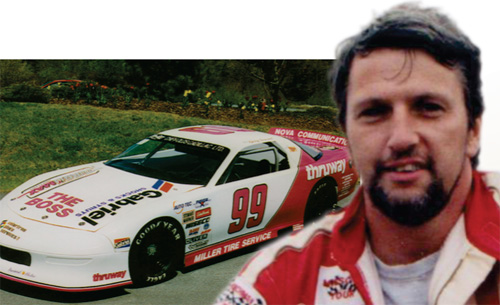 Greg Sewart raced and won at Riverside International Speedway during the 1980s and 1990s. He retired from racing in 2002 after a broken back cut short a 26-year career.

He started racing 1976 at Atlantic Speedway winning the sportsman rookie title and points championship that year, repeating as points champion in 1977.

One of the biggest thrills of Sewart’s racing career came in a second-place finish at the 1994 edition of the Oxford 250 in Maine; he remains the top finishing Maritime racer (ever) in the hallowed event.