One of NASCAR’s most popular personalities, Kenny Wallace, will be at Riverside International Speedway this July for the IWK 250 presented by Steve Lewis. Wallace, whose infectious personality and trademark laugh have made him a long-time fan favourite, announced his entry into the event this afternoon on his Twitter account.

“Hello Canada,” said Wallace in the tweet. “I am excited to come see the beautiful area of Nova Scotia and race on asphalt Saturday, July 14 at Riverside (International) Speedway. I will see you this summer.”

Wallace will drive a car out of Antigonish’s Nova Racing stable; 2016 IWK 250 winner and track owner Donald Chisholm will be a teammate. 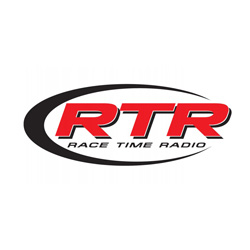 “We are extremely happy to have Kenny follow a long list of great drivers to race the IWK 250,” said Chisholm. “He has a ton of energy and will do a great job promoting and building the event. We are already working on preparing a car for him that is capable of winning the race. I reminded Kenny how tough it is to win the 250 and I think that only made him more interested to come and be a part of it.”

Wallace, a native of St. Louis, has 905 starts in NASCAR’s top three series and holds the all-time record for the most starts in the XFINITY Series, showing his longevity in the sport. He retired from a  25-year NASCAR driving career in 2015 after scoring nine wins in 547 XFINITY Series starts, one of which came at Bristol Motor Speedway (TN) – which Riverside’s 1/3-mile oval is modeled after. Wallace is still involved with NASCAR as an analyst with FOX Sports Racing and still drives race cars, mostly dirt, at short tracks throughout America.

“It is true I race dirt a lot but asphalt racing has been my whole life,” said Wallace in a phone interview. “I still run a handful of them every year and I take a lot of pride in that.”

He’s especially excited about the IWK 250 being one of the asphalt races he’s hand-selected for this year. It was last year’s guest celebrity driver, NASCAR legend Mark Martin, who sold him on being a part of the IWK 250.

“I’ve known Mark for a long, long time and he’s a close friend,” said Wallace. “He couldn’t say enough about how great this event is and the people are at the IWK 250. I can’t wait to be part of it.”

As part of his visit to Nova Scotia, Wallace will make an appearance at the IWK Health Centre in Halifax where he will visit with patients and their families.

“I’ve heard so much about the IWK,” he said. “I have three daughters, two grandbabies and two more on the way. I am very passionate about children so I’m really looking forward to the hospital visit.”

This will be Wallace’s first visit to Nova Scotia; he’s looking forward to it – and he feels an affinity for Canada.

“As much as I love racing, I love to travel,” he said. “I was lucky enough to race in other parts of Canada when I was younger. My mother’s family was from Canada so we heard lots about it growing up – I feel a connection to Canada. I’ve never been to Nova Scotia and am excited to see it.”

Wallace is the son of a well-known Midwest racer, the late Russ Wallace, and brother of fellow NASCAR racers Rusty Wallace and Mike Wallace. Kenny Wallace started his racing career as a fabricator for Rusty before moving into the driver’s seat himself. He won the first race he ever entered, in 1982, in a street stock. In 1986 he raced with the American Speed Association (ASA) winning rookie of the year honours. In 1988 he got his break in NASCAR driving for Dale Earnhardt (Sr.) in the XFINITY Series at Martinsville Speedway (VA) where he finished seventh.

With his win in 2008, Regan Smith is the only guest driver to take the checkers at the IWK 250. Other NASCAR racers that have challenged the region’s best in the event include Aric Almirola, Marcos Ambrose, Matt Crafton, Ricky Craven, Brad Keselowski, Joey Logano, Mark Martin, and David Reutimann.

The IWK 250 is a championship points race with the Parts for Trucks Pro Stock Tour (PST), round six of 12 for the 2018 campaign. Truro’s Dylan Blenkhorn is the defending champion of the IWK 250.

The IWK 250 presented by Steve Lewis is one on Canada’s biggest stock car races and the culmination of a four-day weekend that sees the population of James River grow drastically with the influx of close to 1,000 RV’s on-site at Riverside. The weekend kicks off Wednesday (July 11) with practice for support classes, on Thursday (July 12) it’s pro stock practice and the IWK 250 Tailgate Party, Friday (July 13) will see racing action with the Napa Sportsman Series and Maritime League of Legends, and Saturday (July 14) is the IWK 250.

Campsite reservations for the IWK 250 are now available; stay tuned for an announcement regarding the on-sale date for tickets.

The 2018 season at Riverside International Speedway kicks off June 16 with a 150-lap feature for the Parts for Trucks Pro Stock Tour along with the Napa Sportsman Series.

About the IWK Health Centre:

The IWK Health Centre is the Maritime region’s leading healthcare and research centre dedicated to the well-being of women, children, youth, and families. In addition to providing highly specialized and complex care, the IWK provides certain primary care services and is a strong advocate for the health of families. The IWK is a global leader in research and knowledge sharing, and a partner in educating the next generation of health professionals. Visit www.iwk.nshealth.ca for more information.