The Maritime League of Legends Tour heads to Riverside International Speedway this Saturday for the seventh round of the 2018 season. The Celtic Air Services 50 is the second stop for the series to the high banked oval and is a part of the NASCAR Pinty’s Series Bumper to Bumper 300 weekend. Qualifying races for the Celtic Air Services 50 will take place at 4:30 pm with the 50-lap feature going green at 6:15 pm on Saturday evening. 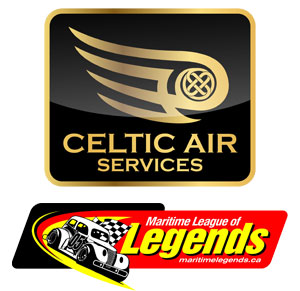 Point leader Shelby Baker (Fall River, NS) kept his point lead intact with a fourth-place run at Scotia Speedworld during the Farrell’s Excavating Limited 50. The top five finish was Baker’s fifth in six races with the only “blemish” on his point tally coming at Riverside International Speedway in July. Baker will look to put that behind him as he searches for his first Maritime League of Legends victory on the year Saturday in the Celtic Air Services 50.

Emily Meehan (Rawdon, NS) was able to chip three points off Baker’s point advantage last Saturday. Meehan leads a close pack including three-time feature winner on the year Craig MacDonald (Waverley, NS) and Fleet Brake Atlantic Rookie contender Sam Roger (Lower Onslow, NS). Meehan sits 27 points out of the lead but only eight points ahead of MacDonald and ten points up on Rogers with four races remaining in the year.

Michael Cormier (Grand-Barachois, NB) enters the Celtic Air Services 50 not only fifth in overall points but the leader by a wide margin in the Fleet Brake Atlantic Rookie of the Year chase. With Rogers missing the two races at Scotia Speedworld, it has allowed Cormier to build a 156 point advantage with just four races to go. Nathan Blackburn (Timberlea, NS) sits third in the freshman standings. Blackburn will enter the Celtic Air Services 50 looking to build on his best career Legend Tour finish of second from last week at Scotia Speedworld.

The Farrell brothers, Waylon and Will, are both pre-registered for Saturday’s 50-lap event. Waylon, the two time and reigning Series champion, was well in contention at Riverside in July before running out of fuel late in the feature. Will has had some strong runs as of late and with Riverside being one of his best tracks statistically, fans should keep an eye on the No. 31 Farrell’s Excavating Limited car Saturday.

Austin MacDonald (Pictou, NS), grandson of Maritime racing legend Rollie MacDonald, will make his racing return to the Maritimes with his Maritime League of Legends Tour debut at the Celtic Air Services 50. MacDonald has spent his summer racing “down south” with a focus on the Bojangles’ Summer Shootout at the Charlotte Motor Speedway and Thursday Thunder at the Atlanta Motor Speedway. After success in racing’s heartland, MacDonald returns to apply his lessons learned Saturday at Riverside International Speedway.

A number of Maritime League of Legends Tour drivers that are currently not pre-registered for the event are expected to make the haul to compete in the Celtic Air Services 50. Josh Langille (Coldbrook, NS), Kyle Shipley (Spryfield, NS) and hometown favorite Kevin MacDonald (Antigonish, NS) are among those looking to race away with a checkered flag from the famed high banked oval.

The NASCAR Pinty’s Series Weekend kicks off Friday, August 17 with the Henry’s AUTOPRO 100 for the Napa Sportsman Series and the Passione Flooring Mini 50 for the MJS Holdings/Prime Lift East Coast Mini Stock Tour. On Saturday, August 18 it’s the NASCAR Pintys’ Series Bumper to Bumper 300 and the Maritime League of Legends Celtic Air Services 50.

There is plenty of free spectator vehicle and RV parking for this event. RV parking is for self-contained units only and campers must park in the area designated for campers, and must adhere to Riverside camping terms of use which are published online at www.RiversideSpeedway.ca.

For complete information on the Maritime League of Legends Tour, please visit MaritimeLegends.ca.

Celtic Air Services is your full-service FBO at the Port Hawkesbury Airport, the gateway to beautiful Cape Breton Island, the world famous Cabot Trail and some of the world’s most famous golf courses. From concierge to aircraft services, Celtic Air Services can handle it all! For more information, please visit CelticAirServices.com.

About The Maritime League of Legends: 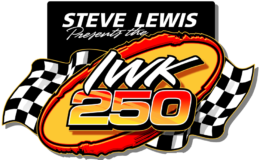