DAYTONA BEACH, FL – Following a thrilling 2018 campaign, NASCAR today announced the 2019 NASCAR Pinty’s Series schedule. The season will again feature 13 races in five Canadian provinces from Nova Scotia to Alberta, as well as a return visit to the United States. 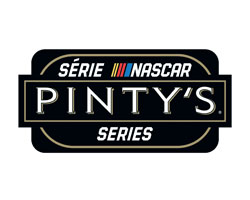 “The NASCAR Pinty’s Series is Canada’s premier motorsports series and features the top drivers and teams in the country,” said Gene Stefanyshyn, NASCAR chief international officer. “The 2019 schedule offers a variety of race tracks that will deliver more of the exciting side-by-side racing our passionate Canadian fans have come to expect.”

For the eighth consecutive season, the NASCAR Pinty’s Series will kick off at Canadian Tire Motorsport Park (CTMP) in Bowmanville, Ontario on Victoria Day weekend (May 19). The 2.459-mile road course has hosted the top racing series in the world for more than 50 years and will welcome the Pinty’s Series back for a return visit on August 25 as part of the NASCAR Gander Outdoors Truck Series event weekend.

The season finale will again take place at Jukasa Motor Speedway in Hagersville, Ontario with the Pinty’s Fall Brawl.

Other highlights of the 2019 schedule include:

The NASCAR Pinty’s Series television broadcast schedule on TSN and RDS will be announced at a later date.