“We are thrilled to partner with this organization,” said Paul McLean, general manager of Riverside International Speedway. “It is something we can do for our Canadian Armed Forces and especially those who are ill or injured, Veterans, and their families.”

David MacDonald, National Partnerships Director for Wounded Warriors Canada, is thrilled to be involved with the event. 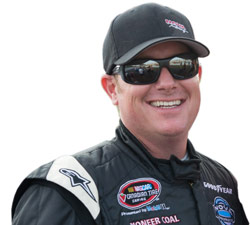 The Wounded Warriors Canada 300 is the only NASCAR-sanctioned event in Canada east of Quebec and is the ninth annual edition of the event. The defending champion is Antigonish’s own Donald Chisholm, who picked up his first win on the series last August, and in so doing became the first local driver to claim a hometown triumph in the series

In order to successfully defend his 2014 race win Chisholm will need to battle NCATS regulars. Chisholm has been in all eight previous NCATS races at Riverside and has eight top 10s in 17 career starts on the series. LATE BREAKING NEWS – There has been a last-minute driver change that will see D.J. Casey, from Halifax, make his NASCAR Canadian Tire Series debut driving John Flemming’s car; Flemming will not compete in the event. Casey’s car will bear No. 10. Flemming has been impressed with Casey’s performance in the pro stock series this year and, after learning it’s been a life-long dream for Casey to run a NASCAR race, decided yesterday to give him that chance. Flemming will be in the pits at Riverside overseeing Casey’s debut.

As a contender for the regional pro stock title this year, Chisholm has focused his efforts in that direction, so the Wounded Warriors Canada 300 will be his first NASCAR start of 2015. He is looking forward to testing his talent against Canada’s best at his home track.

“I am anxious to get back in that car,” said Chisholm. “I love racing at Riverside. I never thought I’d be a defending NASCAR winner so this pretty cool. But those guys are tough so it won’t be easy. We’re going to do everything we did last year and hopefully, with some luck and good car, battle for another win.” 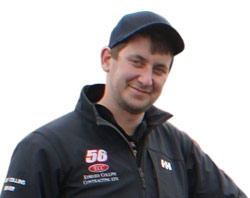 Also expected to join the NCATS field on Saturday is Josh Collins from Jerseydale Placentia, Newfoundland. Collins will make his first-ever NASCAR start driving a car out of the Ontario-based Joey McColm stable. Collins has several starts at Riverside in super late model cars; he runs a sportsman car regularly at Eastbound Speedway in Newfoundland.

The Wounded  Warriors Canada 300 is the culmination of a two-day weekend of stock racing among four different divisions on the popular 1/3-mile high banked oval. Joining the NASCAR competitors on Saturday is the Atlantic Tiltload Maritime League of Legends for the Cummins 50. On Friday the Napa Sportsman Series will contest the Highland Home Building Centres 100 along with the inaugural appearance for the Scotia Truck division, vehicles similar to the popular street stocks but with a pickup truck body and chassis. Racing starts Friday at 7 p.m. and Saturday sees a full day of activity with Legends heats at 2:35 p.m. followed by NASCAR qualifying and an autographs session, then the Cummins 50. Opening ceremonies for the Wounded Warriors Canada 300 are at 7:30 p.m. with the green flag set to fly at 8 p.m.

Championship Chase Remains Tight:  Just 18 points separate the top four in the NASCAR Canadian Tire Series presented by Mobil 1 championship standings with three races remaining. Two-time Riverside International Speedway winner Scott Steckly brings a mere six-point lead on Andrew Ranger to this week’s Riverside 300 while Jason Hathaway, who earned a victory at the .333-mile oval in 2013 is 10 back in third. Reigning champion L.P. Dumoulin is hanging in there in his title defense, 18 behind.

Ranger Catching Fire:  Since he retired early from the event at Ontario’s Sunset Speedway on June 20 due to mechanical issues, Ranger has steadily marched up the championship standings. In the five races since, the Quebec standout has posted finishes of second, sixth, third, first and second. The win came at Autodrome St-Eustache, an oval in his home province. Ranger, the Canadian Tire Series’ all-time victories leader with 20, won at Riverside 2009.

The Race:  The ninth annual Wounded Warriors Canada 300 will be the ninth of 11 events on the 2015 NASCAR Canadian Tire Series presented by Mobil 1 schedule, and the lone trip to the province of Nova Scotia and Riverside International Speedway.

The Procedure:  The maximum starting field is 24 cars, including provisionals. The first 21 cars will have secured starting positions based on two lap time trials and the remaining three spots will be awarded through the provisional process. The race is scheduled for 300 laps (99.99 miles) and is an impound race with two change tires allowed.

The Track:  Riverside International Speedway originally opened in 1969 and was modeled after legendary Bristol Motor Speedway. In 2006 the track was completely demolished and rebuilt with a new racing surface, concrete walls, lighting, grandstands and control tower. Like its U.S. counterpart in eastern Tennessee, Riverside features high-banked turns. Here, the turns are banked 14 degrees. The frontstretch is 440 feet long with banking of six degrees while the backstretch is also 440 feet but with five-degree banking.

Race Winners:  There have been seven different winners in the first eight Canadian Tire Series events at Riverside. Only D.J. Kennington has two triumphs.

Wounded Warriors Canada is a non-profit organization that supports Canada’s ill and injured Canadian Armed Forces members, Veterans, and their families. Through a wide range of national programs and services, Wounded Warriors provides a spectrum of care that is focused on mental health and, particularly, Post-Traumatic Stress Disorder. To make a donation to, or for more information on, Wounded Warriors Canada please visit www.woundedwarriors.ca.

Riverside International Speedwayis recognized as a premiere stock racing facility in Canada. The 1/3-mile high banked asphalt oval roars to action several times a year for special events. It is the home for eastern Canada’s only NASCAR event, and of the IWK 250 – widely known as the best stock car race in Canada. Located in James River, between New Glasgow and Antigonish, the facility is easily accessible at exit 30 on Trans Canada Highway 104. For more information call 902.863.2410 or click www.riversidespeedway.ca.