JAMES RIVER, NS – Management at Riverside International Speedway are pleased to announce dates for two of the four special event weekends on the facilities 2017 schedule. The IWK 250 Super Weekend Presented by Steve Lewis Auto Body will run from Thursday, July 13, to Saturday, July 15, and the NASCAR Weekend is on deck for August 18 & 19.

“We’re happy to bring these dates to our fans,” said Paul McLean, general manager for the facility. “We realize many of them make their vacation plans around these two particular weekends at our track.”

The IWK 250 is perhaps the most anticipated stock car race in all of Canada and attracts fans and racers from throughout Canada and the United States. While 2017 is the 11th edition of the IWK 250, it is the 30th running of the famed ‘250’ at Riverside. Prior to its IWK 250 branding in 2007, the event had other titles but has been most commonly known as ‘the 250’. Some of the best short track racers in North America have won the ‘250’, hundreds have tried, and many more have it on their bucket list.

Since 2007, a NASCAR celebrity guest driver has challenged the region’s best racers and enjoyed meet and greet sessions with the fans as well as paying a visit to the IWK Children’s Hospital in Halifax. Awareness and more than $350,000 has been raised for the IWK Foundation in conjunction with the IWK 250 in the past 10 years.

More than 800 RV’s converge on the grounds of Riverside International Speedway for the IWK 250 weekend, arriving days beforehand so their owners can enjoy watching the event unfold as the week progresses. More than 15,000 fans historically pass through the gates over the weekend which also sees contests, autographs sessions, and entertainment.

The 2017 edition of the IWK 250 weekend kicks off Thursday, July 13, with a Tailgate Party, continues Friday, July 14, with the Sportsman Series, and culminates Saturday, July 15, with the IWK 250, a championship points event for the Parts for Trucks Pro Stock Tour.

The NASCAR Pinty’s Series 300 at Riverside on August 19 is the nation’s only national series lone stop east of Quebec. The facility is a favourite for series racers and fans alike. Some of the top drivers in Canada will enter this event as they race across the country in search of the 2017 championship points title. The event is the only annual summer sporting event in Nova Scotia to be nationally televised (on TSN, tape-delayed).

The NASCAR weekend kicks off Friday, August 18 with the Sportsman Series. On Saturday, August 19, it’s the NASCAR Pinty’s Series 300. Support classes for both dates will be announced as the dates get closer.

IWK 250 campsite renewals will be offered starting in the new year and tickets for both events will be available approximately three weeks prior to their respective dates.

The dates for the remaining two special events at Riverside International Speedway next year will be announced in conjunction with the unveiling of the 2017 Parts for Trucks Pro Stock Tour schedule. 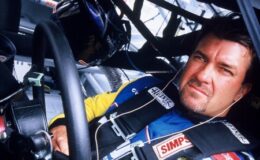